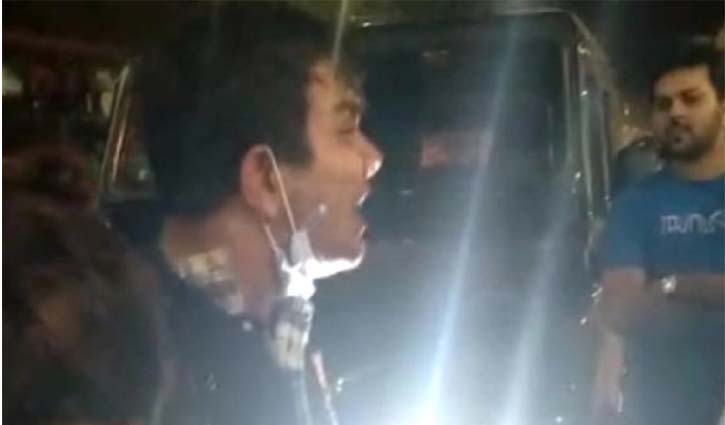 A case has been filed against Mohammad Erfan Selim, son of Haji Selim, MP of Dhaka-7 constituency, for allegedly assaulting a navy officer.

OC told risingbd that Navy officer lieutenant Wasif Ahmed and his wife were heading towards Kalabagan area around 8:00pm on Sunday riding a motorcycle.

Meanwhile, a land rover (Dhaka-Metro-Gha-11-5736) hit the motorcycle. At that time, a few men got down from the car, assaulted the Navy officer. They threatened to kill him and his wife.