Bangladesh pegged back Sri Lanka’s first innings reply by two strikes late in the day to reduce the visitors to 143-2 at stumps on Day 2 of the Dhaka Test on Tuesday (May 24).

Skipper Dimuth Karunaratne is leading Sri Lanka’s fight back, remaining unbeaten on 70, while night watchman Kasun Rajitha was giving him company at the other end on 0.

The scenario could have looked much better for the hosts as they had not missed several half chances and had some 50-50 calls gone their way at the Sher-e-Bangla National Stadium.

Earlier, Mushfiqur Rahim remained unbeaten on 175 and Liton Das made 141 as Bangladesh were bowled out for 365 in the first innings.

The day began with Bangladesh on 277-5 with Mushfiq and Liton unbeaten on 115 and 135 respectively.

Mushfiq and Liton’s world record stand ended in the morning session, when Liton edged a ball off Rajitha and Kusal Mendis took a sharp catch at slip. Liton departed after adding 10 runs to his overnight score.

The partnership ended on 272, which is the highest partnership for the sixth wicket after a team lost five wickets for 25 runs or fewer.

Rajitha completed his five-wicket haul just two balls later, by removing Mosaddek Hossain, who is playing a Test after almost three years, for a duck.

Taijul Islam then offered Mushfiq some support and allowed him to complete his 150.

But Asitha dismissed Taijul for 19 and Khaled Ahmed for a duck as Bangladesh went into Lunch for 361-9.

After the break, Mushfiq could add just four runs to the score before Ebadot Hossain got run out for a duck while attempting a second run.

Sri Lankan openers began strongly, as they scored feely from the start, taking advantage of some poor bowling from the hosts.

The partnership nearly ended on 64, when Taijul struck Oshada Fernando on his back foot and appealed for LBW. The umpire turned him down, presuming that the ball hit the bat first. Bangladesh reviewed the call and replays showed that the ball didn’t touch the bat at all.

Hawkeye technology then showed that the ball would go on to hit the stump. But as a fraction less than 50 per cent would hit the stump, the decision remained unchanged on the basis of umpire’s call.

Bangladesh fielders also dropped two difficult chances. Shakib was the first culprit as he couldn’t hold on to a return catch from Oshada. Mahmudul Hasan Joy then dropped Karunaratne at short leg off Taijul Islam.

The Tigers got two wickets to show for their efforts. Ebadot broke the opening stand by getting Oshada to give at slip after making 57.

Shakib also struck in the final 20 minutes of the day, trapping Kusal Mendis LBW for 11. 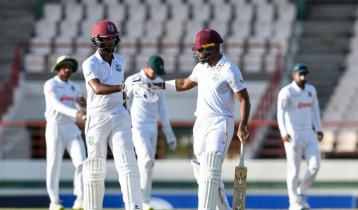 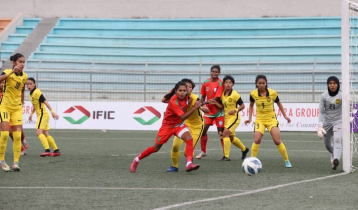 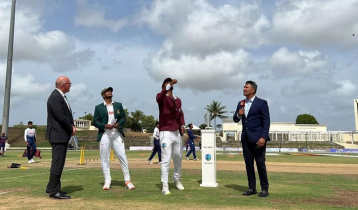 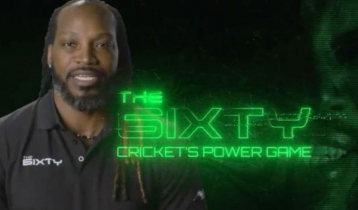 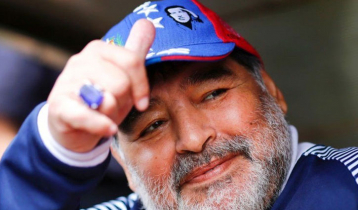 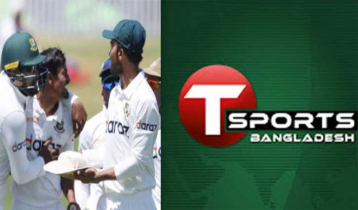