Brazil to fight for top spot, Cameroon for survival 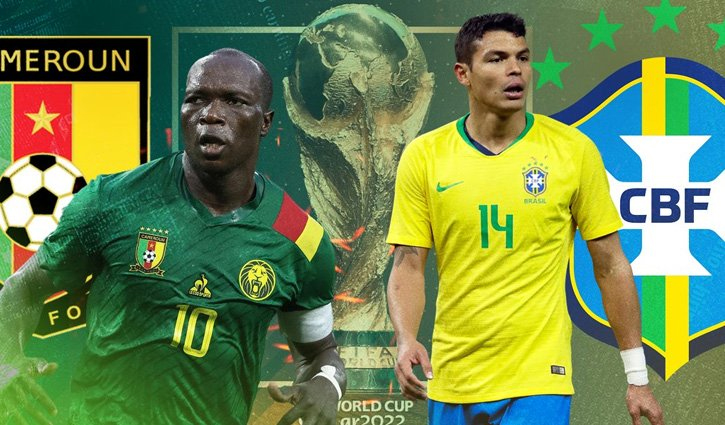 Brazil will fight to clinch the top spot in Group G of World Cup 2022 and Cameroon will fight for World Cup survival.

Brazil will be without a number of players for today’s final group game at Lusail Stadium in Al Daayen, Qatar, in which they take on Cameroon, owing to injuries sustained in the tournament so far.

Selecao's most notable absentee is their talisman, Neymar, who suffered an ankle injury in the opening game against Serbia, so Lucas Paqueta may instead come into the side, as he did against Switzerland.

Alex Sandro picked up a muscle injury in the last match, which eventually led to his substitution late on, and so Alex Telles is likely to start on the left of a back four.

Meanwhile Cameroon are in third place in the group and must beat Brazil to have any chance of advancing to the knockout stage.