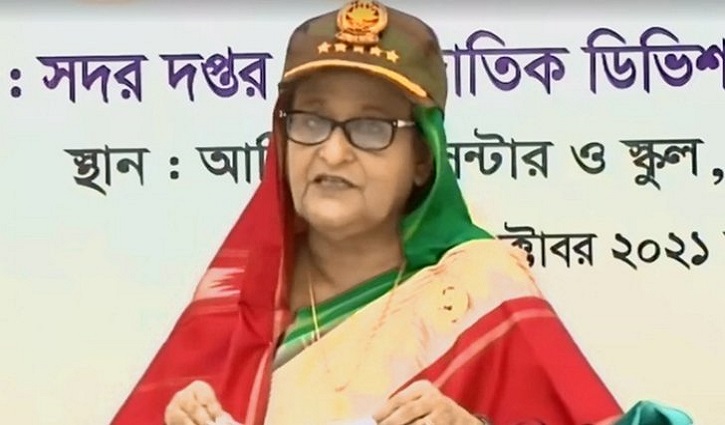 Prime Minister Sheikh Hasina has urged the Bangladesh Army to remain always prepared to make the supreme sacrifice in any need of the nation alongside protecting the country’s sovereignty.

PM said, “Bangladesh army has been playing a pivotal role in facing the natural and man-made disasters and the country's socio-economic, infrastructural and communicational development alongside guarding the country’s sovereignty. I believe, Bangladesh army will always remain prepared to make the highest sacrifice in any need of the nation alongside protecting the sovereignty of Bangladesh.”