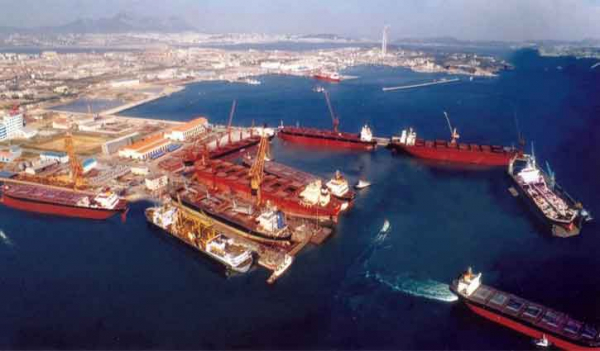 Amidst the tense excitement the COVID-19 outbreak has created globally, one image that recently caught the attention of Media worldwide was the fire on board the PLA Navy’s latest Type 075 landing helicopter dock (LHD) amphibious ship.

The black smoke billowing from the ship at Shanghai Dockyard was emblematic of the troubles bedeviling the Chinese shipbuilding industry.

On the morning of 11 April 2020, the PLA Navy’s LHD caught fire, as smoke was observed coming out of rear hangar opening and lift near island superstructure. Although the fire was extinguished, the shipyard authorities haven’t announced the extent of damage. Within ten days, the damaged ship was painted extensively to hide the black smoke marks on its superstructure and readied for the launch ceremony of PLA Navy’s second Type 075, on 22 April 2020. The intensity of smoke indicates a major fire which would have caused significant damage to the ship’s aft section, equipment and electrical cables, with resultant time penalties for their repair and replacement.

The fire, while extinguished has rekindled the oft debated issues - quality of material and workmanship in Chinese shipyards and their adherence to industry safety norms and international standards.

Chinese shipbuilding industry
From humble beginnings in the 1990s, to being the industry leader today, transformation of China’s shipbuilding industry has, in some ways mirrored China’s rise in the global order. The shipbuilding industry is also illustrative of the symbiotic nexus between the civilian economy and the defence industrial complex in China. While China today dominates the global market in shipbuilding, what has both fascinated and confounded specialists worldwide is the blistering pace of production that Chinese yards have been able to achieve in rolling out both warships as well as merchantmen.

Over the years, many questions have been raised in this regard by experts worldwide. Although the Chinese have stoutly refuted allegations of poor material and workmanship in their shipyards and the China Classification Society’s alleged collusion in flouting of international standards, scepticism on the achievement of these compressed timelines (especially in the more complex field of warship design and construction) continue to linger.

Consequently, various efforts have been made by multiple agencies to specifically analyse the quality of build and combat efficiency of indigenously built PLA Navy ships. However, owing to the opaque manner in which the government-military-industry complex functions in China, requisite details to make an accurate assessment have not been forthcoming. In the absence of such data, an alternate approach is to examine the warships that Chinese shipyards have built for their international customers.

China’s military sales
According to the Stockholm International Peace Research Institute (SIPRI), China’s conventional arms sales surged from US$ 645 million in 2008 to US$ 1.04 billion in 2018. The major share of this export, about 75 per cent was to Asian countries, while Africa contributes to about 20 per cent. With imports amounting to US$ 6,426 million (2008-18), Pakistan contributes to over 50 per cent of Chinese defence exports. Bangladesh is also a prolific purchaser of Chinese defence equipment, having spent US$ 1,930 million (2008-18), which is 71.8 per cent of its defence spending. It would, therefore, be useful to examine their acquisitions to better understand the quality of construction and business practices of the Chinese shipbuilding industry.

Pakistan
Pakistan is currently acquiring eight Yuan Class submarines from China under ‘Project Hangor.’ The first four submarines would be constructed by CSOC in China, while the remainder is to be assembled at KS&EW in Pakistan.

MTU, Germany, manufactures the diesel engine 16V396SE84, which is used for this class of submarines’ propulsion. In 2002, NORINCO, China had entered an agreement with MTU, wherein they were permitted to manufacture these engines (as per Chinese standards) for domestic use only. Subsequently, NORINCO has been manufacturing these engines, under licence as ‘Engine 165’ for submarines of PLA Navy.

As per the contract with Pakistan Navy (PN), CSOC would instal engines being manufactured by NORINCO in all its eight submarines. However, Germany has objected, with the MTU warning CSOC and NORINCO that they were not authorised to either build or instal these ‘165 Engines’ for a third party (Pakistan) and accused them of breach of contract.

Pakistan has since requested the Germans to consider a waiver on export licences for supply of these engines for the submarines. While the final decision on the deliberations is still not known, it is important to highlight that the export of MTU engines by Germany to China for fitment on Pakistan Navy submarines would be a breach of the Wassenaar Arrangement.

While both China and Pakistan profess an ‘all-weather ironclad friendship,’ this relationship is not without its share of problems as can be discerned from the case of the refurbishment of the Chinese built F22P frigates. These ships have been beset with various technical malfunctions. To overcome these limitations, the PN, in September 2018, had requested CSTS, China for a comprehensive proposal to undertake the Mid-Life Upgrade/overhaul of these ships. The Chinese, however, seeing no substantial commercial profit has evinced no interest, forcing PN to turn to Turkey.

Sri Lanka
In June 2019, China gifted a PLA Navy warship to Sri Lankan Navy (SLN). The 2,300 tonne Jiangwei I Class decommissioned frigate was stripped of its main armament - missile and CIWS systems before handing it over to Sri Lanka, which commissioned it as an offshore patrol vessel (OPV) SLNS Parakramabahu. SLNS Parakramabahu sailed on its maiden voyage from Shanghai on 25 June 2019, but reportedly had major operational defects, requiring it to pull into port en route and undertake substantial emergency repairs.

Bangladesh
Over the last decade, supported by generous loans and competitive pricing, China has become the mainstay of Bangladesh’s major naval acquisitions. These discounted procurements include two used Type 035G Ming Class submarines (recommissioned as BNS Nobojatra and BNS Joyjatra) that were offered at just over US$ 100 million a piece. In April 2003, PLA Navy Ming Class submarine 361 had suffered a mechanical failure in the Yellow Sea, killing all 70 crew members.

The Bangladesh Navy (BN) has also procured over 20 surface combatants from China. Acquired under a G2G basis through CSOC and PTI, BN has reported a number of defects onboard these and discussions are underway to mitigate these long pending defects. Major defects, across various classes of ships built by the Chinese, include rapid corrosion of the underwater hull and propellers, welding defects, excessive vibrations of main engines etc. Ships’ operating speeds have also shown a reduction of up to 5 knots within a few years of commissioning. While multiple problems in machinery controls, onboard electronics, faulty PCBs etc have also been plaguing these ships, submarines fitted with obsolete Halon fire-fighting systems have gone out of production since 1994.

Most recently, the BN accepted delivery of two Chinese 053H3 Frigates (BNS Umar Farooq and BNS Abu Ubaidah) at Shnejia Shipyard. Both ships arrived at Mongla Port Bangladesh in 2020, after experiencing multiple defects en route. During the sea trials, performance of the H/LRM1290A Navigation Radar was unsatisfactory and it was not accepting GPS and AIS feeds.

COVID-19 pandemic
According to the Chinese Ministry of Industry and Information Technology, at the end of the first-quarter, China’s shipyards had orders amounting to 79.55 million DWT, down 5.6 per cent year-on-year.

Post-COVID-19, many client countries, where Chinese shipyards have ongoing business, cancelled visits to China and banned entry of Chinese nationals to their countries. Further, production timelines are universally lagging across China. Co-location of military design institutes with the Wuchang Shipyard at Wuhan has directly affected naval projects also. As regards projects under implementation, estimates indicate losses roughly to the tune of ¥ 800 million in export projects for Malaysia and Bangladesh Navies alone. Military budget cuts in Thailand, owing to COVID-19 has halted its plan to buy two modified export versions of the Yuan Class (Type 041) submarines, worth ฿ 22 billion from China. A recent CSIC report forecasts the probability of China losing new international shipping contracts to Japan and South Korea.

A clearer picture will of course emerge only after the ‘smoke clears,’ but by then it would have certainly dented the Chinese image and credibility.

(The writer is an international political analyst) 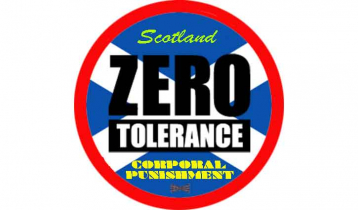