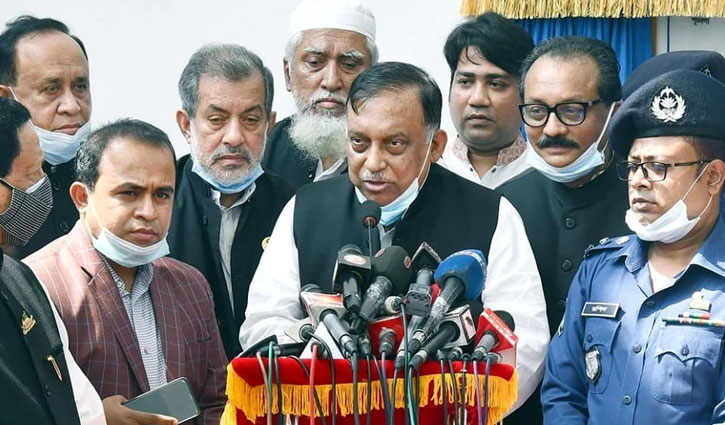 Home Minister Asaduzzaman Khan Kamal has said that an inquiry will be held into whether the jail authorities were negligent in the death of Mushtaq Ahmed, a writer who died in captivity at Kashimpur Jail.

He was speaking after inaugurating the new office building of the district superintendent of police at gate no.2 of the city on Friday (February 26) at noon.

Home Minister said, “I have learned that writer Mushtaq suddenly fell ill inside the jail and died. Whether there is any negligence on the part of jail authorities in his death will be investigated.”

He told reporters that there is a conspiracy in the country. The efforts are being made to create an unstable environment. Al Jazeera’s report has been rejected by the people of Bangladesh. Legal action will be taken against those Bangladeshis involved in making this report. Law enforcement agencies are also investigating who from Bangladesh cooperated in making this false report.

Home Minister further said, “The country is moving forward rapidly under the leadership of Hon’ble Prime Minister Sheikh Hasina. In parallel with that, if we can control law and order situation, progress will not stop. Today, under the direction of the Hon’ble Prime Minister, police are ready to face any challenge. We have been able to come to this place because of the brilliant role of police at all levels in suppression of militancy, terrorism, surrender of bandits and extremists.”