Senior Correspondent: Awami League General Secretary Obaidul Quader said that the ruling party may consider if Jatiya Party (JP) wish AL to give up Rangpur-3 constituency that fell vacant by the demise of the party chairman Hussain Mohammad Ershad.

In reply to query, the Road Transport and Bridges Minister came up with the statement after signing a Memorandum of Understanding (MoU) with Korean Express Way Corporation (KEC) for the maintenance of Padma Bridge at at Setu Bhaban in the capital’s Banani on Thursday.

He said, “As per the rules of the alliance, the constituency Rangpur-3 was allotted for JP. It was nominated by recently departed Ershad. Now JP is the opposition party in the parliament. Now, if they want to contest the polls independently, it is up to them.

“If they request AL to give up the constituency as it was allotted for the party. Then, we will consider,” he added.

He, however, said, “We have a candidate for the polls. Still no discussion has not been made in this regard. They have also not made any request till now. So, nothing more is to say about this.” 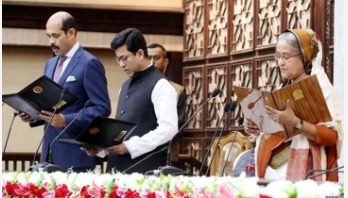 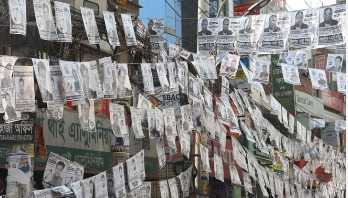