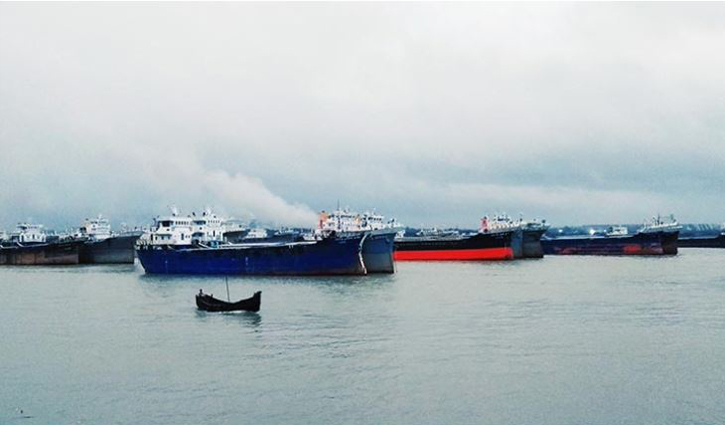 Unloading of goods from cargo vessels at the outer anchorage of Chattogram port has remained suspended due to the indefinite strike called by river vessel workers pressing home their 11-point demand.

No lighter ship was seen to unload goods as river vessel workers refrained from joining work from Tuesday (October 20) morning.

As a result, a standstill has been created in unloading goods at outer anchorage of Chattogram port. In addition, unloading and uploading of all types of goods have remained suspended at different river ghats including that of Sadarghat in the capital.

Nabi Alam, co-president of Chattogram District Naval Workers Rights Protection Unity Council, told risingbd that: “River workers are observing an indefinite strike to press home their 11-poin demand. The workers have been forced to go on the strike as their demands were not fulfilled despite assurance from the government and vessel owners to meet their demands.”

The strike, called by Bangladesh River Vessel Workers Federation, came into effect from 12:01am on Tuesday, said Shah Alam Bhuiyan, president of the federation.

River vessel workers and owners sat for a meeting on Monday afternoon at the intervention of Chairman of Bangladesh Inland Water Transport Authority (BIWTA) Commodore Golam Sadeq but both the sides did not reach a consensus.

Ekin Ali Master, joint secretary of Barishal branch of Bangladesh River Vessel Workers Federation, said they enforced the indefinite strike from 12:01am on Tuesday, suspending plying of all types of vessels.