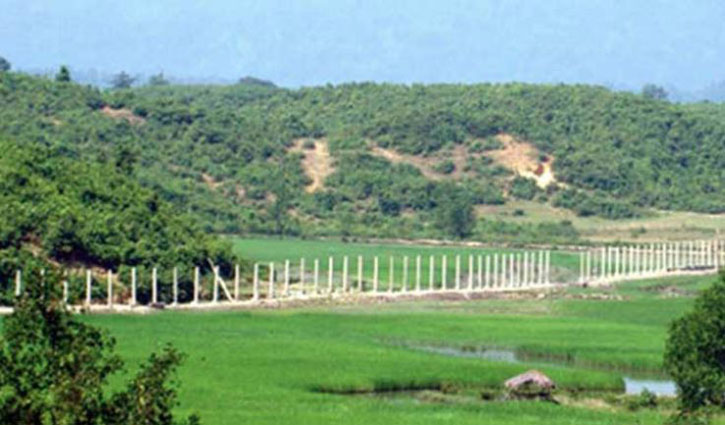 A Rohingya youth has been killed in a landmine explosion at the Bangladesh-Myanmar border in Naikhongchhari upazila of Bandarban.

The incident was reported from the upazila’s Ghumdum area at 2 am on Saturday (October 24).

The deceased was identified as Mohammad Jaber, 13, a resident of Ukhiya’s Kutupalong Camp 1. He was the son of one Emdad Hossain.

The OC said locals recovered Jaber’s body from near the pillar 40 of the border when they heard the blast.

Dil Mohammad, a Rohingya leader in no-man's land said: “Myanmar’s Border Guard Police (BGP) have planted mines along border areas to prevent refugees from returning to their villages. A few days back, several Rohingyas from Ukhiya’s Kutupalong Camp went for fishing 100 yards inside Myanmar which is close to the pillar 40 of the border. In the early hours of the day, they were returning through the border. At one point, a land mine exploded, leaving Jaber dead on the spot.”