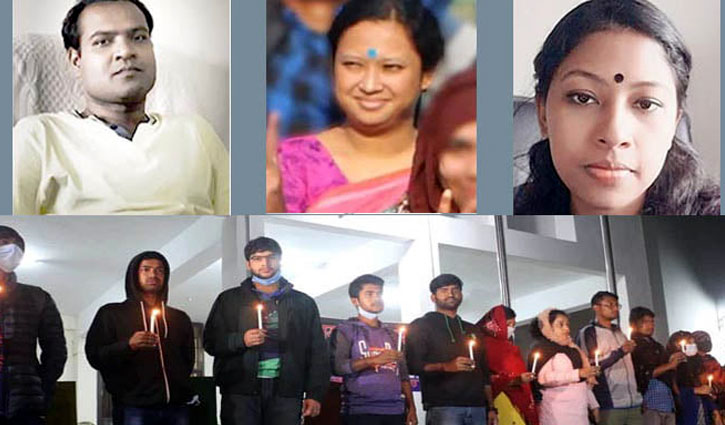 The authorities of Khulna University (KU) have decided to terminate three teachers of the university for expressing their solidarity with a student movement at the university, violating discipline and committing serious misconduct.

Meanwhile, after a 48-hour ultimatum demanding revocation of the termination order, two students are continuing their hunger strike.

They are Mohammad Mubarak Hossain Noman (18th batch) of Bangla Discipline and Imamul Islam (17th batch) of History and Civilization Discipline. Students remain in place until the termination order is revoked.

A final notice has been issued to three teachers who expressed solidarity with the students’ movement by announcing their removal.

According to the notice, the allegations against the teachers have been proved beyond doubt in the university syndicate on January 18. So the process of removing them has started as per the law of the university.

The notice further said that as the allegations against them have been proved, why they will not be removed will have to be informed by next Thursday (January 21).

Meanwhile, under the banner of conscious citizens and general students of Khulna, a human chain and rally has been called at Shivbari intersection of the city at 11:00 am Thursday (January 21) to protest the process of revocation of expulsion of two students and removal of three teachers.