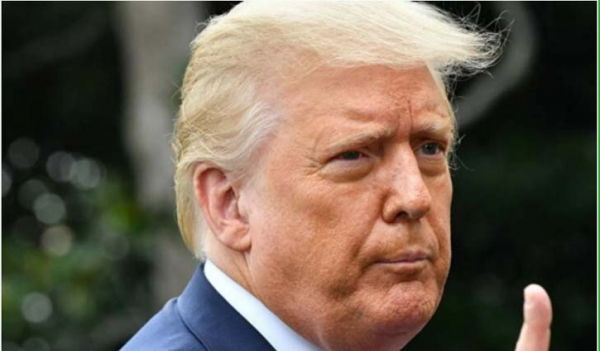 US President Donald Trump has again said the massive explosion in Beirut that killed at least 135 people is a “terrible attack”.

The US President continued to suggest that the massive explosion might have been a deliberate attack, even as officials in Lebanon and his own defense chief said it’s believed to have be an accident.

“Whatever happened, it’s terrible, but they don’t really know what it is," Trump insisted on Wednesday. “Nobody knows yet."

Investigators probing the deadly blast that ripped across Beirut on Tuesday are focused on possible negligence in the storage of tons of ammonium nitrate, a highly explosive fertilizer, in a waterfront warehouse.

On Tuesday, Trump called the explosion a “terrible attack” and said American generals told him it was likely caused by a bomb. “They seem to think it was an attack,” Trump said. "It was a bomb of some kind, yes.”

Defense Secretary Mark Esper contradicted the president Wednesday, saying most people believe the explosion “was an accident, as reported."

But later in the day, Trump insisted nobody knows for sure.