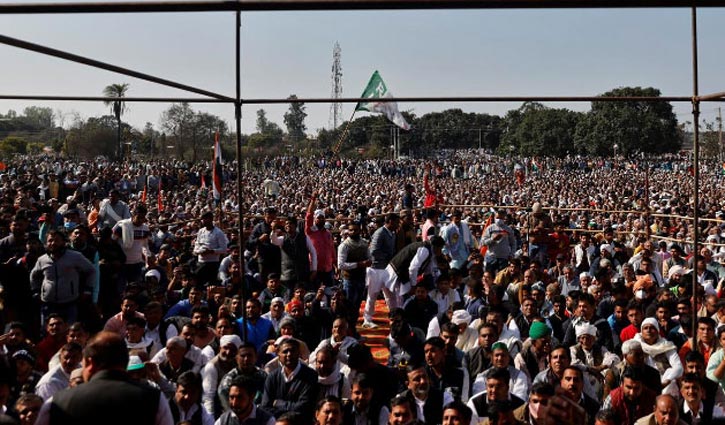 At least 248 farmers have died outside the Indian capital, Delhi, in 100 days since the demonstration launched against the new agriculture law, according to the data collected by Sanyukat Kisan Morcha (SKM).

The ruling BJP passed three new agriculture laws in September last year. The laws state that farmers will be allowed to sell their merchandise at market prices to agri-traders, supermarket chains and online traders.

However, farmers fear that the system could lead to the closure of their current wholesale market and hinder them from getting prices set by the government. They will also be held hostage by their buyers due to the new law. The farmers staged the movement on November 26 to demand the repeal of the three laws. In December, they set up camp outside Delhi. Friday (March 5) marked the 100th day of that movement.

According to Sanyukat  Kisan Morcha, some of the 248 farmers have died due to health reasons in the ongoing agitation, while some others have committed suicide.

The farmers’ organisation said in a statement that they would block a six-lane highway outside New Delhi on Saturday. They will protest there for five hours. Farmers from Punjab, Haryana and Uttar Pradesh will take part in the programme.

Sanyukat Kisan Morcha (SKM) spokesperson Darshan Pal said, “The laws are death warrants for us. We are ready for a long movement.”