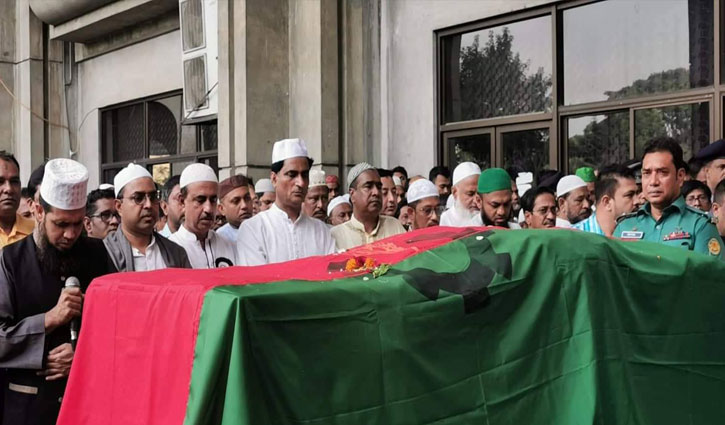 According to his last wish, he was buried beside his mother’s grave around 7:00pm on Thursday.

Earlier, the body of former mayor arrived in Dhaka from New York on Thursday morning. An Emirates Airline flight carrying his body reached Hazrat Shahjalal International Airport around 8:26am.