Obesity causes more cases of some cancers than smoking 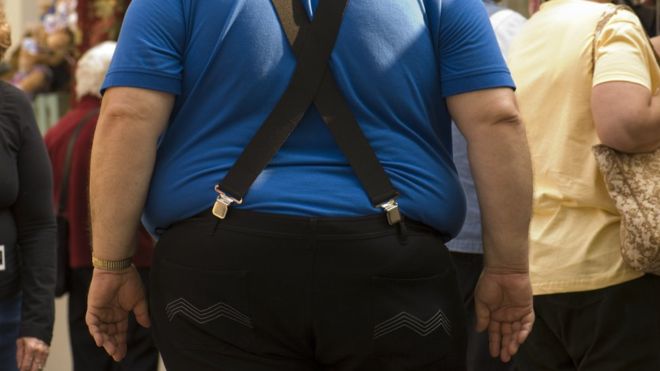 Risingbd Desk: Obesity now causes more cases of four common cancers in the UK than smoking, according to a charity.

Cancer Research UK says bowel, kidney, ovarian and liver cancers are more likely to have been caused by being overweight than by smoking tobacco.

It says millions are at risk of cancer because of their weight and that obese people outnumber smokers two to one.

But its new billboard campaign highlighting the obesity-cancer risk has been criticised for fat-shaming.

It is not the first time the charity has been accused of fat-shaming.

In February, comedian and campaigner Sofie Hagen took to Twitter to criticise the campaign.

Cancer Research UK says it is not about blaming people for being overweight.
Nor is it suggesting that smoking and obesity are directly comparable in terms of cancer risk. Both increase a person's risk.

But it says being overweight or obese causes around 22,800 cases of cancer each year, compared to smoking which causes 54,300. For the four highlighted cancers:-

But while smoking rates are decreasing, obesity is increasing, which health experts agree is concerning.

Their warning comes as Tory leadership contender Boris Johnson vowed to not to extend the sugar tax without a review.

When asked about plans to extend the tax on soft drinks to milkshakes, Mr Johnson mocked his own weight and said he was "very, very reluctant" to imposes taxes that "clobber those who can least afford it".

He suggested we "encourage people to walk, cycle and generally do more exercise".

While the link between obesity and cancer is well established, the biological mechanisms behind it are not yet fully understood.

Fat cells make extra hormones and growth factors that tell cells in the body to divide more often. This increases the chance of cancerous cells being made.
Physical activity probably plays a role too, experts say.

Being overweight or obese does not mean a person will definitely develop cancer but it does raise their risk.

And this risk is higher the more weight a person gains and the longer they are overweight for.

According to Cancer Research UK, 13 different cancers are linked to obesity: • breast (in women after the menopause) • bowel • pancreatic • oesophageal (food pipe) • liver • kidney • upper stomach • gallbladder • womb • ovarian • thyroid • multiple myeloma (blood cancer) • meningioma (brain cancer)
The link between obesity and cancer is in adults only, although a healthy weight is important for children too.

Each year in the UK, the charity says, excess weight causes about:
Prof Linda Bauld, Cancer Research UK's prevention expert, said the government should do more to tackle the UK's obesity problem.

The government had been slow to restrict unhealthy food and drink ads, the British Medical Association said.

"While we are very much aware of the health risks associated with smoking, less effort has been thrown behind tackling obesity, which is now a major cause of cancer," it said,

NHS England chief executive Simon Stevens said: "The NHS can't win the 'battle against the bulge' on its own.

"Families, food businesses and government all need to play their part if we're to avoid copying America's damaging and costly example.