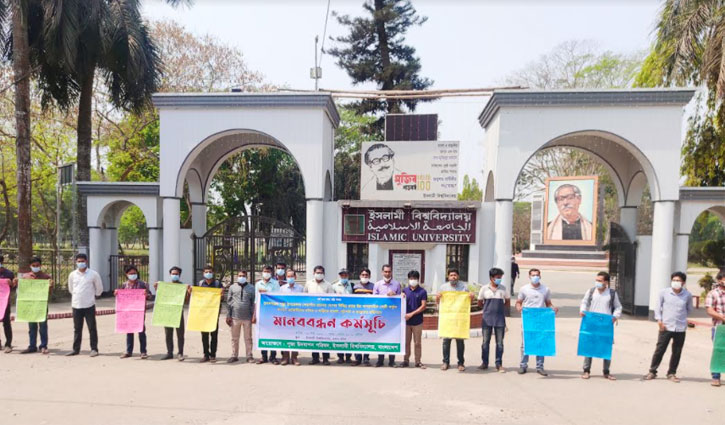 The teachers, students and officials of the Hindu community formed a human chain at Islamic University in Kushtia on Monday over vandalizing the temple and houses of minority Hindu people at Shalla upazila in Sunamganj.

Around 50 teachers, students and officials formed the human chain in front of the main entrance of the university around 11am.

Condemning the vandalism and looting incidents, the protesters demanded immediate punishment of the culprits involved in the incident.

The incident happened in Sunamganj is not acceptable in Bangladesh. They wanted a communal free Bangladesh.

Such kind of heinous incident would be repeated if the culprits were not brought into the book, the speakers said.

On March 17, several hundred people from three villages carried out a fierce attack on the minority Hindu community in village Naogram of Salla upazila in Sunamganj damaging several dozens of houses there.