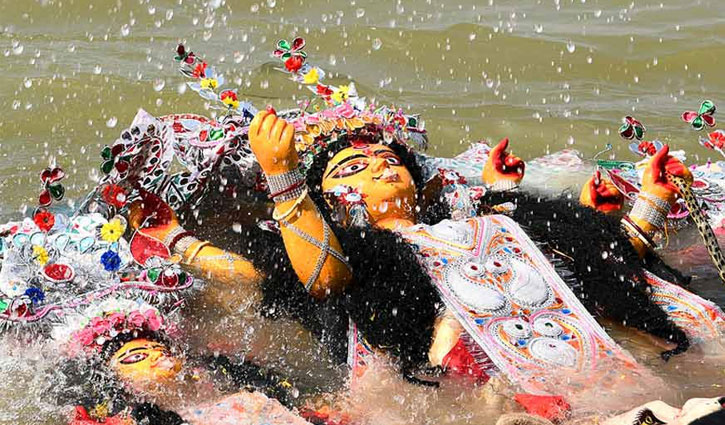 At least seven people have drowned and several others are missing after flash flood hit Mal river in Jalpaiguri district of West Bengal during the immersion of Goddess Durga’s idols on Wednesday night.

Four women are among those killed in the tragic incident.

District Magistrate Moumita Godara told a news agency that hundreds had gathered on the banks of the river for the immersion last evening.

“All of a sudden, flash flood struck and people were swept away. So far, eight bodies have been recovered and we have rescued around 50 people,” she said.

Thirteen people, who received minor injuries, have been admitted to a nearby hospital, the district magistrate added.

“The search and rescue operations are underway and being carried out by teams of the NDRF, SDRF, police and local administration. The search operations have started downstream,” she said.

Visuals of the incident showed people struggling against the river current as they tried to move to the banks. Many of them are seen being swept away, as some clung to others to save themselves.