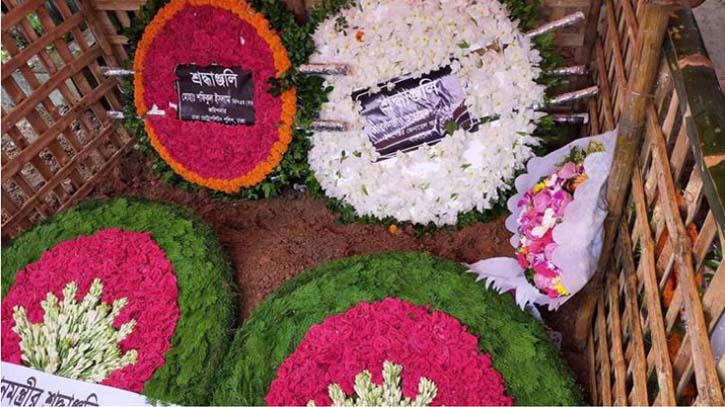 Attorney General Mahbubey Alam has been laid to eternal rest at Mirpur Intellectuals Graveyard in the city.

He was buried around 1.15pm on Monday.

Earlier, the namaz-e-janaza of Mahbubey Alam was held around 11:35 am on premises of the Supreme Court in Dhaka.  Supreme Court Jame mosque pesh Imam Abu Saleh Md Selim Ullah conducted the janaza.

The body was taken at the Supreme Court compound around 10.50 am.

Alam breathed his last on Sunday evening at the CMH where he was being treated for COVID-19.

The longest-serving attorney general was admitted to CMH on September 4 after being diagnosed with Covid-19.

He left behind his wife, a journalist son, lawyer daughter and lawyer son-in-law and a host of relatives and well-wishers to mourn the death.
Mahbubey Alam took over as top law officer of the country in 2009.

Hailing from Lauhajang upazila of Munshiganj, Alam was enrolled as lawyer in 1975. He held various important positions, including that of the Supreme Court Bar Association president.

He played an important role in the trial of war criminals leading to the execution of several top Jamaat and some other parties’ leaders.
He also showed efficiency in the appeal hearing on the Bangabandhu murder and Jail Killing cases.

His magnificence role in the hearing on petitions challenging the 5th, 7th and 13th amendments to the constitution obtained landmark judgments of the apex court