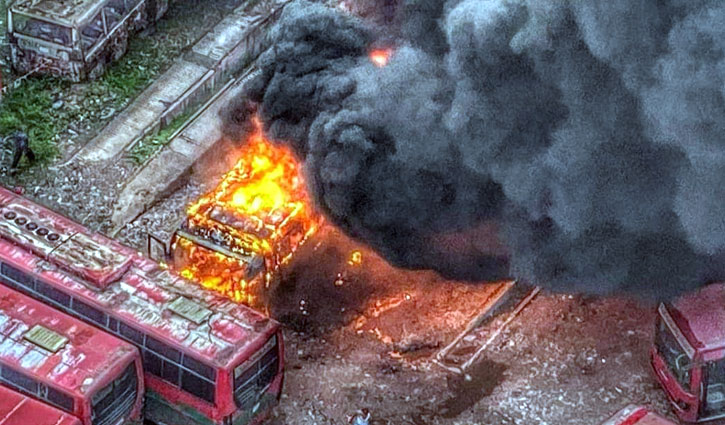 At least two buses were gutted in a fire that broke out at Kamalapur depot of Bangladesh Road Transport Corporation (BRTC) in the capital on Saturday (July 24) afternoon. However, no casualties were reported in the incident.

Rozina Akter, duty officer of Fire Service Headquarters that six units of Fire Service rushed to the spot after being informed around 6:30 pm. They managed to control the blaze after a frantic effort of around half an hour. 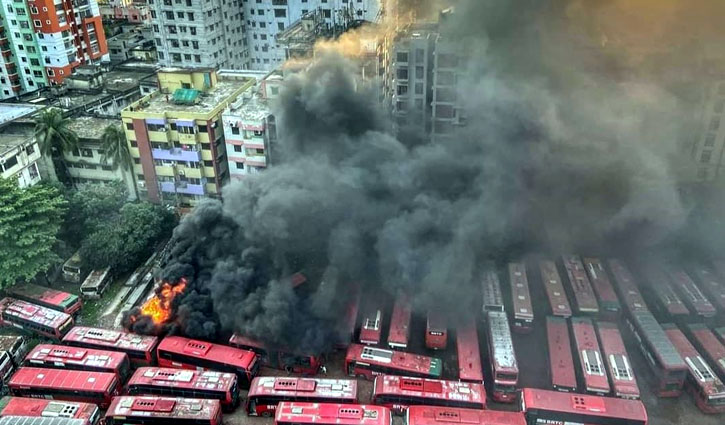 According to locals, the buses were kept in the depot as movement is suspended due to the lockdown. A bus caught fire suddenly on Saturday afternoon, creating panic among people. 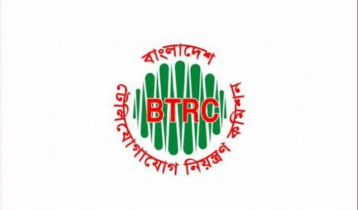 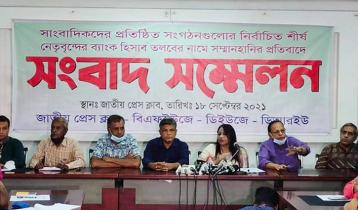 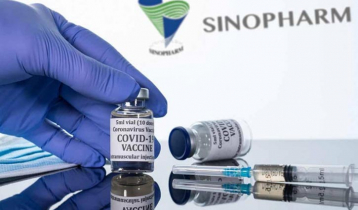 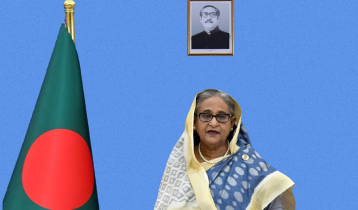 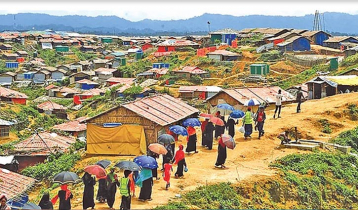 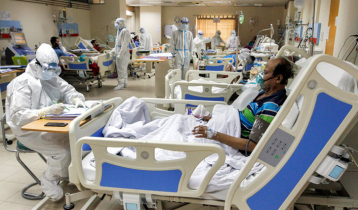