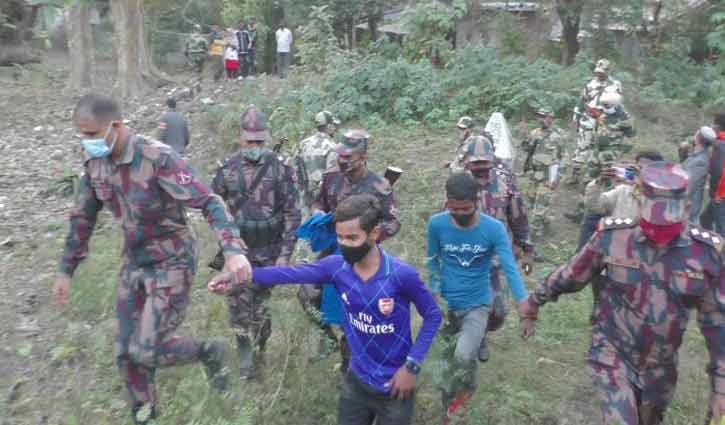 They returned them through a flag-meeting on Sunday (January 16) afternoon, after five hours of their detention.

The students were known as- Ruhul Amin, 13, son of Anwar Hossain of Alihat union under Hakimpur upazila, and Arafat Hossain Shanto, 15, son of Arman Ali of the same area. They were students of Alihat Gazi Aminia Madrasa.

Subedar Alam Hossain of Hili CP camp of BGB said, “The two students were caught by BSF after they intruded Indian territory mistakenly. Being informed by their families, BGB sent message to BSF seeking them return.”

He further said, “BSF wants proof of whether the two students are Bangladeshis or not. At that time, when the birth registration certificates of the students were given, BSF called for a flag meeting. In this context, a flag meeting was held in the afternoon. When the BSF returned the two students, they were handed over to the local police station.”